I've tried two more recipes since my last post about The Sneaky Chef.

I didn't want to give a whole lot of details in my last post because the recipes aren't mine and I think everyone should just go buy the book instead.  But, I was browsing the website earlier and found that she has some of the recipes online for free so I am going to post a link to the ones that I have done.

Here is the recipe for the Orange Puree that I used for the grilled cheese and the Power Pizza.  I didn't end up using the White Puree because my blender wouldn't blend it as much as it needed to be.  I only put one can of beans like you are supposed to but because my blender is so big and the amount of beans was so little the kept getting underneath the blades and therefore not blending.  So I only used the orange puree.  And I also used spaghetti sauce instead of just tomato sauce.  Shh!  Don't tell!  Anyway, I tried a piece too and it was really good!  Belli a whole piece too!

The book also has some recipes to make different concentrated juices to mix with applesauce or use in some of the recipes.  I tried a strawberry sorbet today and Belli at it up!

And the best part (other than all the vitamins and stuff) is that it has really helped her issues with lack of pooping.  Which makes her happy.  Which makes me happy.

Hooray for The Sneaky Chef! 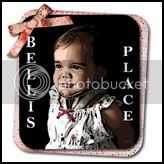 Check Out These Other Great Blogs! 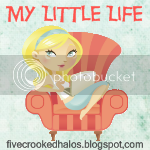 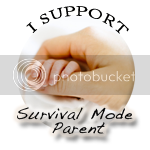 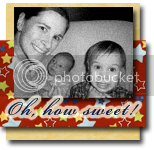